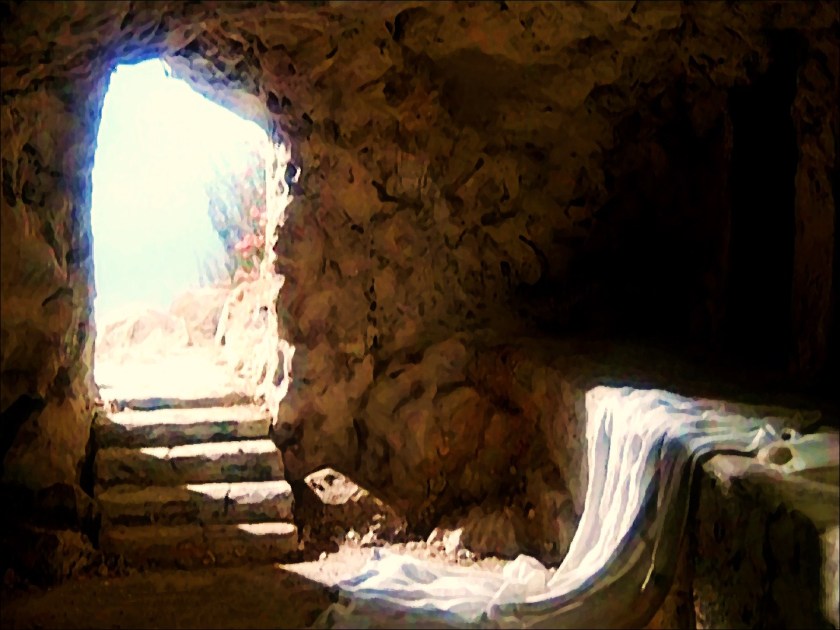 The lost tomb is one glaring example establishing that the disciples contradicted cultural norms as Israelites and began to blaze new trails in the name of Jesus, but the tomb is only one example of such radical reform. As the Jewish people were frequently raided, overrun, taken hostage, attacked and oppressed throughout history, it became extremely important for leaders to teach the legacy, ancestry and history of the Jewish people to future generations, not merely as a means of cultural emphasis, but to remind the future generations that the people of Israel held a unique place in the Creator God’s plans for humanity. Thus, while the tangible value of Israel wavered throughout history, the commands of God to Moses established in the Torah and the salvation displayed and promised by God to the people of Israel never faded. This longevity was due to the painstaking commitment made by the Jewish people to establish the Law, remind people of the Law and keep the Law. In this climate of extreme rule keeping and obedience, one witnesses in the Gospel narratives the disciples redefining the Law as established by Jesus, and following a new Law or covenant grounded in the deity of Jesus Christ. The disciples regularly break the long-established Law of the Sabbath by their activity on that holy day.

At that time Jesus went through the grainfields on the Sabbath. His disciples were hungry and began to pick some heads of grain and eat them. When the Pharisees saw this, they said to him, “Look! Your disciples are doing what is unlawful on the Sabbath.”

The new law established in and by Jesus changed the disciples’ paradigm. As a result, because Jesus resurrected on a Sunday, the disciples no longer worshipped the Lord on the common Holy day of Saturday (Sabbath) but moved their worship to Sunday in order to celebrate the resurrection of Jesus Christ. The disciples revise the long-established tradition of the Passover meal as they not only ate the meal away from their immediate family but also seemed to forget the most important element of the meal, the lamb. Only the direct intervention of God could alter that God-established tradition.

And on the first day of Unleavened Bread, when they sacrificed the Passover lamb, his disciples said to him, “Where will you have us go and prepare for you to eat the Passover?” And he sent two of his disciples and said to them, “Go into the city, and a man carrying a jar of water will meet you. Follow him, and wherever he enters, say to the master of the house, ‘The Teacher says, Where is my guest room, where I may eat the Passover with my disciples?’ And he will show you a large upper room furnished and ready; there prepare for us.” And the disciples set out and went to the city and found it just as he had told them, and they prepared the Passover. And when it was evening, he came with the twelve. And as they were reclining at table and eating, Jesus said, “Truly, I say to you, one of you will betray me, one who is eating with me.” They began to be sorrowful and to say to him one after another, “Is it I?” He said to them, “It is one of the twelve, one who is dipping bread into the dish with me. For the Son of Man goes as it is written of him, but woe to that man by whom the Son of Man is betrayed! It would have been better for that man if he had not been born.”

And as they were eating, he took bread, and after blessing it broke it and gave it to them, and said, “Take, this is my body.” And he took a cup, and when he had given thanks he gave it to them, and they all drank of it. And he said to them, “This is my blood of the covenant, which is poured out for many. Truly, I say to you, I will not drink again of the fruit of the vine until that day when I drink it new in the kingdom of God.”

In following the example of Jesus, the disciples repeatedly break laws concerning the clean and unclean, interacting not only with the physically unclean, such as lepers and the paralyzed, but also with the spiritually unclean, such as the prostitute and tax collector. Without the resurrection, the argument that these humble and unimportant men suddenly decided to simply revise and disobey the laws their forefathers followed for thousands of years becomes ridiculous. One must also consider that if Jesus did in fact die and remain buried in the tomb, the disciples themselves would want nothing to do with such a blasphemer, liar and heretic and would have continued awaiting the true Messiah. However, given the resurrection of Jesus, we find reason to believe that their newfound courage and unusual behavior were motivated by one truth and one reason alone. Jesus resurrected from the dead and fulfilled all of the Messianic prophecies that rooted the Law of Moses. They witnessed the sacrifice of God himself as Jesus Christ. They witnessed the resurrection of God himself as Jesus Christ. Thus, the law and the prophets were fulfilled in Christ, and in Christ the disciples were given a new covenant that overruled the previous law and requirements of their forefathers.

But when Christ came as high priest of the good things that are now already here, he went through the greater and more perfect tabernacle that is not made with human hands, that is to say, is not a part of this creation. He did not enter by means of the blood of goats and calves; but he entered the Most Holy Place once for all by his own blood, thus obtaining eternal redemption. The blood of goats and bulls and the ashes of a heifer sprinkled on those who are ceremonially unclean sanctify them so that they are outwardly clean. How much more, then, will the blood of Christ, who through the eternal Spirit offered himself unblemished to God, cleanse our consciences from acts that lead to death, so that we may serve the living God! For this reason Christ is the mediator of a new covenant, that those who are called may receive the promised eternal inheritance—now that he has died as a ransom to set them free from the sins committed under the first covenant.

An encounter with the living God is not transformed most powerfully by his willingness to bless us despite our faults, but by the recognition that in the presence of the God of the Heavens and Earth and in the presence of our transgressions against him we remain. We continue to live on. We continue to receive blessing. A realistic encounter with the living God understands the Holy, awesome presence of a God that has no need for us. There was never a need or a requirement that the living God create man. God in the triune relationship existed in perfect harmony with no need for anything else. His desire to create man arose out of the desire to share this triune love with a creation of willful participation and love. The question then must be asked that after that creation broke the harmony of said relationship, why does God feel the need to continue to provide? What have we given him? What can we give him? What do we have that he has not already possessed? The answer to all of these questions is absolutely nothing. Once this realization has been made in the heart and mind of a believer the question forever changes from, “How can God bless me?” to “How can I serve him?” With this realization of his holiness and our sinfulness there is no logical explanation as to why we can even stand if he continues to. The answer to this question is grace. The only reason that we continue to stand alongside the great “I Am” is because he desires to be seen and known by us and desires for us to be reunited with him.

The power of God is not felt by receiving things. The power of God is not experienced by a new insightful perspective, or standards to follow so that we prosper in this lifetime. The power of God is truly experienced by coming into the unshakable truth that we have no right to be if he truly is. This recognition of truth is where we can truly experience grace. The fact that we can coexist with the living God is grace. The truth that he is inviting all of us to not only exist alongside him but is desiring that we share in his holy inheritance, bought at the price of the life of his son, is unbelievable. Yet, this is the truth of the Gospel. God, the creator of everything, is the God that appeared and left men alive in the hopes that his presence would impact their lives enough to lead them to change and follow him. The story of God is a story of pursuit, not our pursuit to be like him in the flesh, but the unrelenting devotion of God to pursue his children at all costs to bring them home.