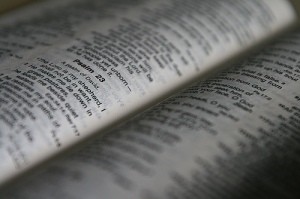 The life of a Christian is a fight.

This is neither hyperbole nor exaggeration.  The life of a Christian is a fight.  It is a continual and never-ending fight to defend not only against outside influence and attack, but also against the enemy within.  In many ways, the most potent opposition to the spirit of Christ being revealed in us is the sinful nature, which, firmly rooted, we have nurtured day after day, year after year.  While many Christians spend a disproportionate amount of time keeping watch for external attacks and influence, it is often not these external attacks that produce the most devastating results.  For a Christian, the external attack is ineffective, unless it replaces a once firmly held truth; that is, unless it switches places with something that preceded it.  To allow an external influence to carry us into disobedience or unfaithfulness we must allow it to occupy the position of the truth of the righteousness of God that at one point or another was rooted, deeply or superficially, in our hearts and minds.  The messages and temptations of this world are so contradictory to the messages of the Gospel that to follow this world requires that something be lost and forgotten.  Protecting oneself from the external influences of this world has as much to do with preventing oneself from forgetting, as it does preventing oneself from believing.  Belief in the lies of the enemy demands room in the human heart that cannot be occupied so long as the truth of the Gospel remains present.  In the presence of Gospel truth the ploys of Satan are of no significance.  In the presence of the Gospel truth the temptations of this world are utterly laughable.  They are an infomercial that cannot deliver on what it promises.  The gift of the Holy Spirit enables us to view the realities of this world with uncompromising clarity.  It gives us a clear view of God’s reality: what is hidden, what is false, and what is real. In the presence of the Holy Spirit the promises of this world cannot be believed.  In order to believe them one must remove the involvement of the Holy Spirit entirely.  In the same way one must lose one’s life to gain it back again, one must also discard those blessed truths in order to rediscover the life that revolves around oneself.  The life lived daily trying to please self cannot exist alongside the life lived for Christ.  The life of a Christian is consistently under attack and must consistently be protected and fought for.  However, while this fight requires relentless attention and steadfast alertness against attacks inside and out, Christ has come to fight on our behalf, and has won.  This fight is not easy but with Christ victory is guaranteed, so long as his truth occupies the throne of our hearts and the center of our minds.  We must fight forgetfulness before we fight temptation.