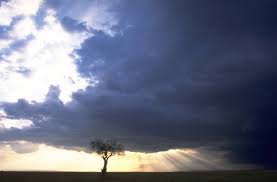 We previously discussed the idea that people lose faith in prayer due to the absence of answers to their prayers.  For some people the lack of change in a given situation is proof that the entire process is unreliable.  However, this approach to prayer limits and confines God and the way he responds, only leaving room for answers that satisfy us personally.  To approach a limitless God with limitation is to ascribe to God characteristics more like our own than like his.  And if God is more like us and less like who he claims to be, belief is altogether hopeless.  If he is like us, he is incapable of achieving the impossible, and offers us nothing at all.  The mere act of prayer is built upon the assumption that God is, in fact, not like us, but is something more.

For many, the absence of change after fervent and committed prayer seems to make the case that God has not responded at all and will not in the future.  The problem with this approach is that by limiting the time in which and the method by which God can produce a result likewise limits the growth which, perhaps, God has intended for us to experience during this painful waiting period.

When we find ourselves facing a seemingly impossible situation, that appears to be without solution or cure, we have two options.  The first is to quit and close down.  By following this option one might become bitter, resentful and angry.  The result of a shutdown is isolation from people who care, and from the things in which they once found joy and hope.  The second option is to keep going and to open outward.  Pressing onward in the face of a challenge is always the tougher option.  It requires intense endurance, strength and patience.  While it is harder, those who persevere and endure through difficulty do not often regret that choice.

We learn the most about ourselves and about life when we proceed through setbacks and find greater lessons and development beyond.  The absence of immediate rescue does not imply a God who does not answer.  Intense sufferings is loud and disruptive, but when we are waiting on an answer to prayer we often expect the answer to be just as loud. As we wait in silence, God speaks with a “still, small voice.” There are times when God allows the silence so that we are able to hear His voice.

There are several instances in the Gospels where Jesus explains to his disciples that if they believe in him completely, anything they ask for will be given to them.  This is an amazing promise, but it creates a dangerous trap for some Christians if they leave their understanding of Jesus’ teaching at this incomplete stage.  Jesus’ desire to provide for his disciples is taught repeatedly during his ministry.  But to assume that anything we ask for, no matter what, will be given to us, is to leave this promise incomplete, to relegate Jesus to the level of the “Genie in the Lamp.”  Jesus did make this promise to answer prayers. However, he also said that he would not give to us as the world gives.

In other words, the solution we see to our troubles might not be the solution that God sees.  For example, a person might think that getting a sought-after job will bring them joy and confidence. So, they proceed to pray to God to get the job.  Perhaps God knows that this job will ultimately create more stress, and leave the thirst for true joy and confidence unsatisfied.  If this person believes that God promised to give them everything he or she asked for, they may well resent God when they fail to get the job. Such a person fundamentally misunderstands God’s will and desire.  The promises of God are not to give us the things we most desire or the relationship we most long for.  While those things might bring us temporary joy and happiness, the desire of God is to heal us at our deepest level, to fulfill our longing for joy and happiness in Him.

Prayer is a vital and permanent part of the life of a Christian.  It is found throughout the entire Bible, and attempting to avoid it while trying to follow the Bible is impossible.  To be a Christian is to inherently be associated with prayer at all times, as Jesus demonstrated.  Jesus made a clear priority of prayer in his daily life, spoke often about prayer and insisted that his followers share his need for prayer in their lives as well.  But praying is not simply to be done out of reflexive obedience.  Prayer is a dialogue that is both powerfully real and powerfully effective.  Prayer is not simply hoping for the best or wishing for the miraculous.  Prayer is a conversation. It is the expression of a heart’s desire to someone who, though already possessing perfect knowledge, cares to listen and desires to help.  It is not confined to a schedule, or limited by superstition, like a birthday party, a shooting star, or a bedside.  Prayer is ongoing.  Prayer is ever-present.  Jesus was constantly in prayer and he called his disciples to be as well.

A good conversation is not easily had but always cherished.  It escapes the bonds of time and creates communication that could go on forever.  Many people never experience the beauty of prayer as a conversation between God and us due to the silence at the other end of the line.

While the silence is unavoidable and we will never literally hear the voice of God, it is from within the stillness of the soul and the silence of the heart that God promises to speak.  He promised not to give to us as the world does, and this relates to the way we are meant to hear his voice.  A friend telling us to “take it easy” will sound comforting in the moment, but as we part ways and the conversation comes to a close, our soul remains restless and our mind uneasy.  Perhaps, while God’s words remain unheard in prayer, the true answer of peace is in what we feel that validates his response and not what we hear with our physical ears.  A prayer left without audible or visible response does not necessarily mean a conversation left unheard.  God promises to listen and promises healing for our pain.

The question we must ask is, “Do we really believe?”  Or, when we sit down to pray, is the façade simply the physical act of praying?  In which things do we place more confidence, birthday candles or God?  Perhaps the analogy seems silly or childish, but just as our entire approach to God and the Gospels of Jesus is grounded in faith, we must ask ourselves honestly if there is faith in our prayers, or mere fantasy, ritual and superstition.