For parts 1 and 2 of this series on why we worship, go here and here. 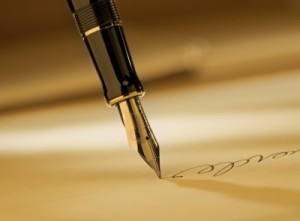 Imagine this scenario: we are invited to go out to eat with family or friends. Unbeknownst to them, we have already eaten.  It would appear rude if we were to reject such a kind invitation, so, we carry on through the meal as if we hadn’t eaten in days.  Throughout the meal, we are neither interested in eating or even enjoying the food but, to be respectful and polite, we carry on without letting our true feelings be known.

Unfortunately, this scene clearly resembles the way some of us Christians practice Christianity.  To some of us, doing  “Christian things” comes from an obligation to the other Christians around us.  Or perhaps the motivation to carry on is even an attempt to “be polite” to God, as if we are doing him a favor.

Growing up in a household with strong Christian parents left me with a clear realization that certain things were right, and expected of me as a Christian, while other things were clearly wrong.  These rights and wrongs were not general social standard dos and don’ts.  These were things like praying, reading the Bible, going to church, and trying to live my life under the banner of “what would Jesus do?”

However, there came a point where the effort made versus the yield of “blessings” seemed uneven.  The more I tried to do all of these things and keep in line with my fellow Christians, the less I noticed any return on my “investments” or “commitments.”  This left me asking myself, “What is it all for?”  My answer for many years was just to put my head down and keep doing what I was doing.  Just because.

Although in our most personal thoughts we might ask ourselves what the whole point is, many of us continue to follow the path of Christian living…just because.  There comes a point where the only reason we continue to “act” Christian is because we know we should, and we are too far along to do something radical and start over. Not because we actually want to participate.

This sad state of Christian living is all too prevalent.  This idea of the “Sunday Christian” is well known inside and outside of Christian circles. But to live this way is to totally misunderstand what being a Christian means and what God desires from each of us.  God never ordered us to march purely out of the desire to watch us snap into formation. God never told us to not put any thought into what He wants us to do, but to simply do it “just because.”  When Jesus went about preaching for three years, never was he found dragging the disciples around against their will.  On the contrary, Jesus always gave them plenty of opportunity to turn back and leave him should their hearts have desired it.

Yet never in the Gospels do we read of any of the twelve disciples refusing to go where Jesus led them.  The reason Jesus compared himself to a “good shepherd” is because when a shepherd leads the sheep, he does so from the front of the flock and not from the rear.  He does not prod the sheep forward with rebukes and abuse.  Rather, the sheep follow the voice of the shepherd because the direction of the voice is the direction of safety.  Being a Christian means choosing to be a Christian. To claim the title Christian under any other pretense is to not be a Christian at all.

When I read through the Bible for the first time in its entirety, several things shocked me.  First, I was shocked by how different Jesus was from the perspective of some present day Christian modes and actions.  Second, I was shocked by how clear God was throughout the entire Bible in his desire for honest, joyful, willing worship.  Repeatedly, especially in the prophets, God says that he would rather not have any offerings at all if the heart does not willingly bring them.

To hear God tell me that he didn’t want my present-day offerings of church attendance and Christian activity if I didn’t want to give them was surprising and belief-shattering.  I had always understood that going to church and doing all of these Christian things were just things we do, maybe thinking that doing them bought my ticket to heaven, and my job as a Christian was just to keep doing them—just because.

He made it quite clear that if I continued going to church and doing all I felt the “Christian way of life” required without any real desire to do so, then it would not be to please him, but to please myself and satisfy my own self-diagnosed needs.

It might be polite to eat when invited to dinner regardless of our hunger.  However, to eat at the Lord’s Table and to mimic an appetite when there is none, is to sin in God’s presence, to betray him with a smile and a kiss.