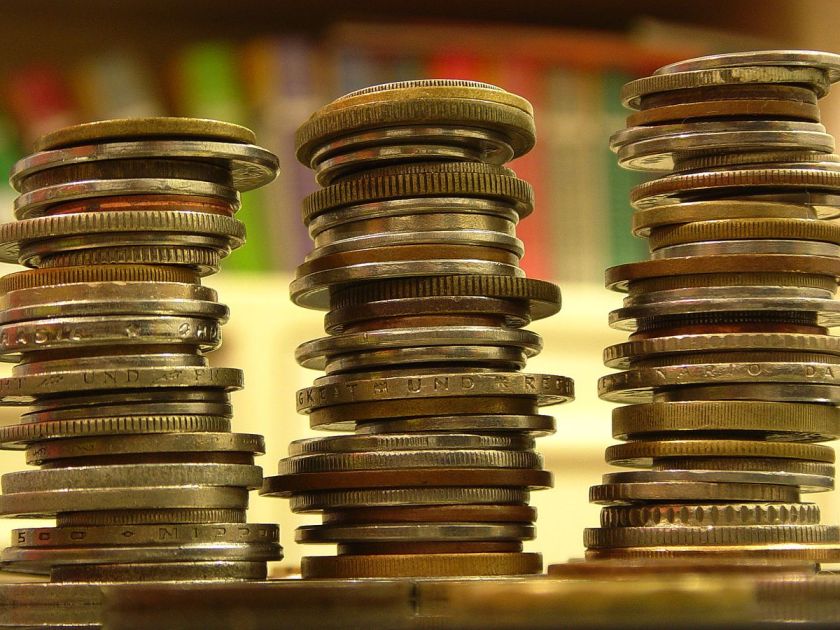 The root of our discontentment toward tithing is our selfish obsession with money that we view as our own. If we view what we have as something that belongs to us, that we guard, tithing becomes increasingly difficult as a result of this possessiveness. However, according to God, the truth is that what we see as “ours” is not ours at all.

Uprooting this possessiveness and ownership is like a game of connect the dots. For example, if I view my car as mine, and thus for no one else to drive, I must ask myself “how I was able to purchase the car?” A job. How did I get the job? Hard work and studying. How did I obtain the skills to work for the job that ultimately paid for the car? And so on and so forth…

The fact is the money we hoard does not belong to us. It has been given to us by God, for us to use in this world for his glory. In the same way that we are suspicious about someone asking for our money unless they can prove to us that in some way our money will eventually return to us with investment capital, God has simply invested in us with the intention to provide us opportunities to reinvest what he has given, to produce capital for the Kingdom of God. As Jesus illustrated in Matthew 25, what we have in this world is given to us simply to reinvest for the corporate good of the Church, not for our own personal and private profit.

“Again, it will be like a man going on a journey, who called his servants and entrusted his wealth to them. To one he gave five bags of gold, to another two bags, and to another one bag, each according to his ability. Then he went on his journey. The man who had received five bags of gold went at once and put his money to work and gained five bags more. So also, the one with two bags of gold gained two more. But the man who had received one bag went off, dug a hole in the ground and hid his master’s money.

“After a long time the master of those servants returned and settled accounts with them. The man who had received five bags of gold brought the other five. ‘Master,’ he said, ‘you entrusted me with five bags of gold. See, I have gained five more.’

“His master replied, ‘Well done, good and faithful servant! You have been faithful with a few things; I will put you in charge of many things. Come and share your master’s happiness!’

“His master replied, ‘Well done, good and faithful servant! You have been faithful with a few things; I will put you in charge of many things. Come and share your master’s happiness!’

“His master replied, ‘You wicked, lazy servant! So you knew that I harvest where I have not sown and gather where I have not scattered seed? Well then, you should have put my money on deposit with the bankers, so that when I returned I would have received it back with interest.

“‘So take the bag of gold from him and give it to the one who has ten bags. For whoever has will be given more, and they will have an abundance. Whoever does not have, even what they have will be taken from them. And throw that worthless servant outside, into the darkness, where there will be weeping and gnashing of teeth.’

Tithing is established in Genesis 14, when Abram meets Melchizedek:

After Abram returned from defeating Kedorlaomer and the kings allied with him, the king of Sodomcame out to meet him in the Valley of Shaveh (that is, the King’s Valley).

Then Melchizedek king of Salem brought out bread and wine. He was priest of God Most High, and he blessed Abram, saying,

Then Abram gave him a tenth of everything. The king of Sodom said to Abram, “Give me the people and keep the goods for yourself.”

But Abram said to the king of Sodom, “With raised hand I have sworn an oath to the LORD, God Most High, Creator of heaven and earth, that I will accept nothing belonging to you, not even a thread or the strap of a sandal, so that you will never be able to say, ‘I made Abram rich.’ I will accept nothing but what my men have eaten and the share that belongs to the men who went with me—to Aner, Eshkol and Mamre. Let them have their share.”

Aside from the mysterious nature of this King of Salem, the impulse for Abram to give the King a tenth of what he worked for in the previous battle is even more surprising. To the reader this is akin to working overtime, and then handing a tenth of the hefty paycheck to a random stranger on the street. It defies financial logic. Unless, that is, Abram viewed what he had as not his own. Abram knew that the victory on the battlefield was not his own but was God’s. Thus, everything that came as a result of that battle was God’s also. In the end, to Abram, keeping everything to himself would have been as shocking to him as it is for us to see him parting with the tenth to Melchizedek. To Abram, giving to the King-Priest was entirely justified, whereas to keep everything for himself would have been the definition of injustice.